After sponsoring South Africa’s epic football league, the Premier Soccer League, since 2007, financial institution Absa has announced that it will no longer do so. In a statement released on Thursday at noon, the bank said although they will not be bankrolling the most loved game in South Africa, football will always remain close to their hearts.

Media reports started doing rounds from as far back as January this year when the bank revealed its intentions to be the headline sponsor of the South African Premier Soccer League. The coronavirus pandemic has also dealt a blow to sports sponsorship across the world as many companies struggle to stay afloat. The contract with the league will not be renewed when it expires.

“We have enjoyed a long, fruitful relationship with the PSL and have supported the PSL’s work in South African football and sports development. While we will no longer be the anchor sponsor for the PSL, soccer will always remain close to our hearts. We are exploring alternative options to continue our relationship with the PSL,” said Daniel Mminele, chief executive of Absa Group. He thanked the PSL and the football community at large for the mutually beneficial partnership the parties enjoyed over the years.

“The Absa Premiership era will forever be a reference point for football glory, both in terms of club development and player performance in our sport’s history. The PSL is grateful to Absa for strengthening the league to true professionalism,” said PSL chairperson, Irvin Khoza.
Absa sponsored the PSL to the tune of R140 million a season. 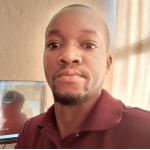